Playing The Band: The Musical Life Of Jon Hiseman

Playing The Band: The Musical Life Of Jon Hiseman

Over 450 pages with over 100 colour and B&W photos from J&B’s private collection.

Receive this book for £9.99 when you buy Jon Hiseman’s Journey In The Time Machine. Use code PtBDiscount 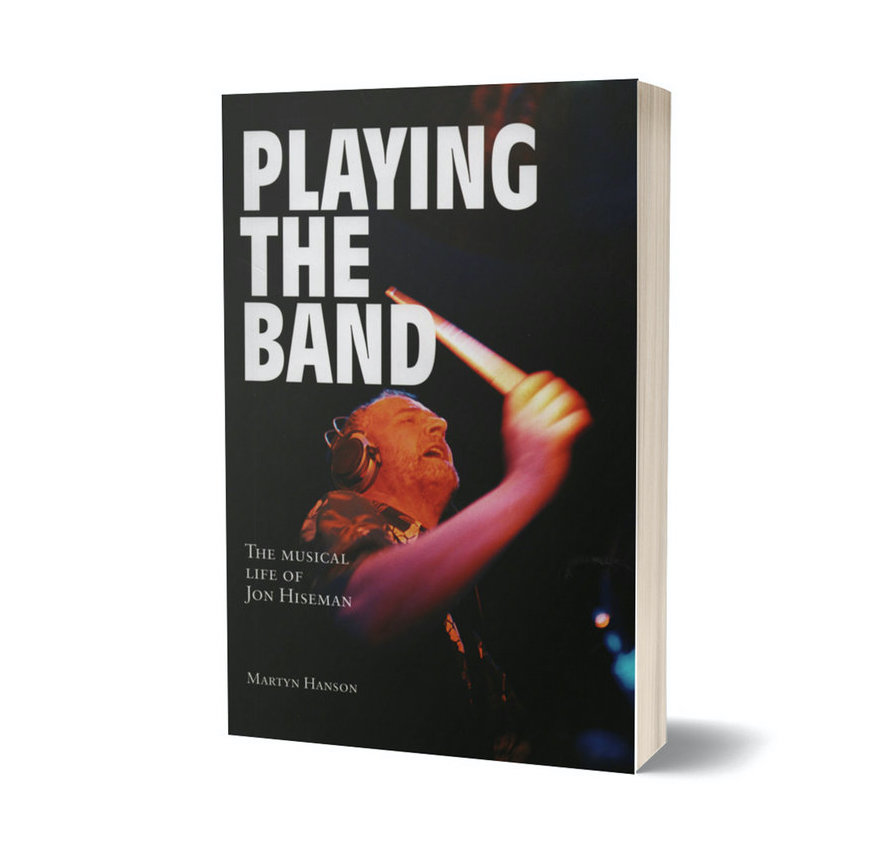 THIS BOOK TAKES YOU ON THE ROLLER-COASTER RIDE that is the life of Jon Hiseman — one of Britain’s top drummers. It’s a personal journey through one of the most intriguing and fascinating periods in rock and pop history, telling in detail of the forces, the personalities, the triumphs and disappointments that make up a life spent at the centre of modern music … and all set against the background of how, in the second half of the 20th century, the British music industry reached dizzying heights … until the advent of new technology brought it back to earth with a bump!

It is not just the story of a life in music; it is a tale of individualism, survival, friendships and rivalry, romance, brutal reality and the occasional insanity. Above all, it’s the story of a man who describes himself as ‘a cautious optimist’ and who considers his greatest achievement, the enduring love affair with saxophonist and composer Barbara Thompson.

SPECIAL OFFER: When you buy ‘Playing The Band: The Musical Life Of Jon Hiseman’ you will receive the book PLUS a PDF download of a previously unissued chapter (Chapter 21 – Time On Our Side) written by Jon Hiseman some years after the book was published, which will be emailed to you.

Fan Review: “It took me a long time to discover this book. But then it took me on a time-journey. It was exiting to read about the connections between all those famous musicians of my youth (and until now). After all the years since the sixties I still find a lot of the music valuable. It’s good to read how bands broke, years ago you often could not understand. And it tells me again and again: what a lucky time, when musicians like J.H. could find great audiences and sell their music in astonishing amounts! Well done, great book, highly recommended! ⭐⭐⭐⭐⭐”

There are no reviews yet.

Be the first to review “Playing The Band: The Musical Life Of Jon Hiseman” Cancel reply